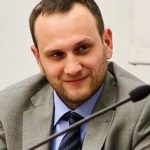 Dimitrios Keramidas was born in Thessaloniki. He studied ecumenical theology at the theological school of the “Aristotle” University of Thessaloniki and missiology at the Faculty of Missiology of the Pontifical Gregorian University. He teaches ecumenism and Orthodox theology at the Pontifical University St. Thomas Aquinas (Angelicum) of Rome. He also collaborates with other Universities in Italy and Greece. His research fields include Orthodox contemporary theology, Orthodox-Catholic dialogue, theology of mission and inter-faith dialogue. He is Vice-President of the CEMES (Centre of Ecumenical, Missiological and Environmental Studies “Metropolitan Panteleimon Papageorgiou” – Thessaloniki) and a partner of the Italian Association of Ecumenists (AIDEcu).

Orthodox churches and theologians have been at the forefront of the modern ecumenical movement from its inception in the early 20th century.  Orthodoxy’s participation in ecumenical dialogue across confessional divisions is grounded in the conviction that the one, holy, catholic and apostolic church with which the Orthodox Church identifies herself is reflected also in the life and teachings of other Christian communions in varying degrees. Formally divided Christian communities continue to hold much in common and to be held together, in an important sense, by their shared desire for the recovery of that very unity between and among them that they recognize they have failed to maintain.  In the words of the influential Orthodox ecumenist Fr. Georges Florovsky, “Even divided Christianity is still one Christianity, at least in aspiration.”

The aims of the Ecumenical Dialogue Group may broadly be described as fourfold:

First, to bring together participants in the official dialogues, both bilateral and multilateral, in which local Orthodox churches or the Orthodox Church as a whole have been involved in order to reflect on the progress and value of each of the various dialogues and to discern shared patterns and trends.  Along with Orthodox members of ecumenical organizations and dialogue commissions, participants from the other Christian bodies with which the Orthodox Church is in dialogue have been and will continue to be especially encouraged to be involved in IOTA panels and to give papers with the aim of helping the Orthodox to better appreciate how Orthodoxy and its ecumenical contribution are viewed positively as well as critically by its dialogue partners.

Second, to facilitate reflection and discussion about historical and contemporary tensions within Orthodoxy regarding ecumenism and to continue to respond carefully to anti-ecumenical arguments that question the ecclesiological foundations of Orthodox participation in ecumenical dialogue.  The IOTA Ecumenical Dialogue Group is not neutral on the question of ecumenism’s validity and importance:  the very existence of this group, which draws significantly on participants in Orthodox ecumenical dialogue, as well as on our non-Orthodox partners, attests to the Ecumenical Dialogue Group’s affirmation of ecumenism as an essential and fruitful activity of the Orthodox Church.  At the same time, the Ecumenical Dialogue Group recognizes the powerful influence of anti-ecumenical views within Orthodoxy and takes seriously the need to consider the source of their influence and to engage them with theological rigor.

Third, to develop greater awareness of and to offer scholarly reflection on concrete examples of very local forms of ecumenism, that is, of the various kinds of initiatives of coexistence and collaboration between or among Orthodox and other Christian communities on the ground in a particular country, region or city.  This may relate to the church’s social mission, to the fight against hunger and poverty, conflict prevention and peacekeeping and other kinds of cooperation for the good of all people.  It may also entail theoretical conversations about intellectual or sociopolitical developments of mutual concern to Orthodox and non-Orthodox Christian communities.

Fourth, to complement and aid in whatever ways it can the work of a variety of ecumenical organizations and initiatives in which Orthodox take part.  At IOTA’s next meeting in 2023, papers or panels that focus on the work of the World Council of Churches or on national or regional multilateral ecumenical organizations such as the Middle East Council of Churches, the Conference of European Churches or the various national councils of churches will be welcome; so too will be papers or panels on any of the bilateral dialogues (Orthodox-Catholic, Orthodox-Oriental Orthodox, Orthodox-Anglican, Orthodox-Lutheran, Orthodox-Reformed, etc.) in which the Orthodox Church participates whether internationally or at the national or local level.

In addition to the kinds of thematic concerns described above, the Ecumenical Dialogue Group invites further reflection on the document from the 2016 Council of Crete on “Relations of the Orthodox Church with the Rest of the Christian World” and its reception within the Orthodox churches.  Papers on the writings and/or activities of important Orthodox theologians that pertain specifically to their involvement in or vision of ecumenical dialogue (e.g. Florovsky, Staniloae, Bulgakov, Zizioulas) will also be welcome.