Orthodoxy in the Public Square and Media Group 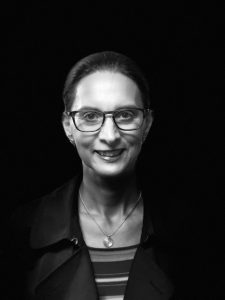 Lina Molokotos-Liederman holds a PhD in sociology of religion from the Ecole Pratique des Hautes Etudes (2001). Her research interests include religion, social welfare, and international humanitarian action; religion, migration, and identity; and religion and humour. As a Visiting Fellow at the Uppsala Religion and Society Research Centre (CRS), she was invited to edit a thematic book based on the findings of the Welfare and Values in Europe project (WaVE). She has worked in both the Welfare and Religion in Europe (WREP) and WaVE projects, initially as a researcher and subsequently as an editor for the national and case study reports. Since January 2016 she is the Editorial Manager of the Religion, State and Society journal (Routledge). She is also a post-doc associate of the Groupe Sociétés, Religions, Laïcités (GSRL/CNRS – Paris). Lina has worked as a researcher for the Open Society Foundation (OSF); the Centre for European Studies at the University of Exeter; the International Organisation for Migration (IOM); and the International Orthodox Christian Charities (IOCC). She has published numerous peer-reviewed journal articles and book chapters. She also co-edited with Trine Stauning-Willert Innovation in the Christian Orthodox Tradition? The Question of Change in Greek Orthodox Thought and Practice (Ashgate, 2012). Her most recent book is the edited volume Religion and Welfare: Gendered and Minority Perspectives (with Anders Bäckström and Grace Davie, Policy Press, 2017).

The phenomenon of “public religions” has attracted a great deal of international attention during recent decades and has led to a considerable number of related debates and research literature. The public reemergence of religion was linked, among other things, to a reassessment of the old secularization paradigm which claimed the ongoing privatization of religion and subsequently its absence from the public sphere. In reality, today we are witnessing the exact opposite trend—that is, the persistence or comeback of religion in the public domain, which religion scholars have explained using fresh theoretical conceptual frames, such as the multiple modernities approach, the de-secularization concept, or the idea of post-secularity. In other words, religions, apart from being driven by their own motivations and goals, are urged by secular institutions and actors to be actively involved in the creation of viable future societal and cultural structures, either on a local or transnational level. This involvement takes shape in religions aiming to promote tolerance, freedom, justice, and civil society more generally, but also in the engagement of religious organizations in social action and in the provision of social welfare. As a result, religious communities can no longer remain confined to their own communities, but must turn their attention outwards to become more public and open in every respect.

In connection with this, recent advances in technology and the media revolution over the last decades (including social media) have radically changed how people communicate with one another and are linked together on a global level. We are referring here to completely novel forms of communication that were unimaginable a few years ago, which have drastically and profoundly affected human interaction and institutional communication, private and public alike, across the globe. It is also worth mentioning how quickly religions have adapted to this novel situation, endorsing new media and forms of communication by using them to effectively disseminate their message publicly and reach out to their adherents. Yet, this process of transformation was not only a change, but also a challenge, as seen in various debates on the appropriateness of the new media, including social media, for religious purposes. It should be noted that these new media, through their broad use and influence worldwide, have acquired themselves a quasi-religious character, which has occasionally brought them into tension with conventional religions.

How do all these changes relate to Orthodox Christianity, especially in its numerous local and ethnic/national variations across history and at present? Most of the above discussions and debates initially pertained to developments in Western Europe and by extension in the broader Western world, where in fact the theory of secularization was articulated in the first place. At a later stage, they also gradually affected other cultural and religious spheres, whereas today they do so on a global scale. This also holds true for the manifold world of Orthodox Christianity, yet we should remain aware of its numerous historical and local specificities across history. In Byzantium, for instance, the Orthodox Church was hardly a “private matter,” but remained always publicly visible and influential. This was due, among other things, to its close relationship with the political authority, which rendered the strong public dimension of Orthodoxy unavoidable. During the communist period in Eastern and South Eastern Europe, where Orthodox Christianity always had firm footholds, the Orthodox Church and other minority religions in general were considered a “private issue” and were subsequently relegated to the private sphere.

In the post-communist era, however, the opposite trend took place, namely a strong and prominent reappearance of Orthodoxy in all public domains, occasionally coupled with the need to claim specific public domains for itself (such as education)—a process not devoid of social disagreements and conflicts. It is perhaps then pertinent to consider the various “public” roles and phases of the Orthodox Church and explore their history, features, and repercussions accordingly. The same pertains to the use of various types of media in Orthodox contexts, both historically and at present. In fact, Orthodox actors used to employ a variety of verbal and non-verbal (visual, architectural, etc.) media tools to present and disseminate their message. A case in point of such non-verbal mediatization is the very rich icon-painting tradition of the Orthodox world and its broad theological and philosophical foundations. Interestingly enough, it is well-known that icon veneration has been a source of conflicts in the past (e.g., during the Byzantine iconoclasm) and that it still generates lively discussions and debates within contemporary art and (post)modern cultural studies. Contemporary Orthodox institutions and actors have also profited from the recent media revolution and have endorsed its use in numerous ways, trying to selectively combine elements of tradition with modern exigencies and possibilities.

IOTA’s Orthodoxy in the Public Square and Media Group will bring together scholars using different perspectives in the broad domains outlined above to critically discuss epistemic paradigms, historical cases, and theoretical and empirical approaches to the topic. The group will address various issues relating to Orthodoxy’s public presence, media use, and representation, both historically and in the present, in an attempt to bring to light Orthodox local and trans-regional specificities that are crucial for a better understanding of the religious and cultural idiosyncrasies of the Orthodox world as a whole. To mention but a few: the significance of church-state relations in the public presence and image of Orthodoxy; the interaction between verbal and visual media, and means of communication in the overall Orthodox discourse; the phenomenon of outer- and otherworldliness and its impact on the public presence of Orthodoxy; the dialectic between Orthodox world-denying and world-affirming attitudes; the effects of secularization and privatization in Orthodox realms; comparisons between the public face and media uses and representations of Eastern Orthodox and Western Latin Christianity; the specific contours of Orthodox minority contexts (e.g., within Islamic majorities), but also with regard to Orthodox diasporic communities in Western settings; the current development of a “global” Orthodoxy and its repercussions; and finally, tensions and debates resulting from the use of modern media by Orthodox institutions and actors.

For IOTA’s Inaugural Conference in Iasi, Romania (January 9-12, 2019), the group will organize a prearranged session, as well as an open panel, both of which will engage with the above outlined areas of investigation. We invite papers for the open panel on “Orthodoxy in the Public Square and the Media: Challenges, Opportunities and Prospects.” We are open to a variety of scholarly perspectives, including interdisciplinary ones, on any topic (historical and/or contemporary) related to the presence and relevance of Orthodox Christianity in the public sphere and the media, as well as the consequences thereof. Scholars working in the fields of sociology, political science, history, theology, religious studies, media and communication studies, and in other thematically relevant disciplines are encouraged to submit paper proposals. Papers comparing more than one Orthodox culture or theorizing on different facets of “public Orthodoxy” and on the forms and effects of its mediatization (in its own media use and/or in its representation in the media), either traditional or modern, are particularly welcome.