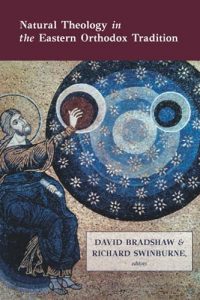 Despite the renaissance that natural theology has experienced, many modern Eastern Orthodox thinkers have questioned its value and relevance (e.g., Lossky, Yannaras, and Zizioulas). Some reasons include the priority of an experience-grounded faith over the insights of unaided reason (e.g., natural theology does not foster experiential knowledge of God) or the ways in which natural theology has contributed to the rise of modern atheism. The volume under review seeks to take seriously such concerns, worries, and criticisms while offering an alternative account of the relationship between the Eastern Orthodox tradition and natural theology. It rightly invites us to think of natural theology less polemically and more constructively. Accordingly, the aim is to offer a “vigorous discussion about whether and how Orthodoxy should draw upon these contemporary developments; as well as, conversely, what distinctive insights Orthodoxy can contribute to this rich and growing discipline” (p. 16).

In the introduction, David Bradshaw defines natural theology as an attempt to offer arguments for the existence and attributes of God. It starts from propositions that both that theist and non-theist can readily accept as true. What differentiates natural theology from philosophical theology is that the latter “allows theological teachings and other beliefs based on revelation to figure among its premises.” The former also engages with “historical evidence . . . but it does so based on the publicly accessible historical record” (p. 1). However, Richard Swinburne in his chapter understands natural theology as “the construction of arguments, independent of any particular historical claims, for the existence of a single creator of the universe who has such divine properties as being eternal, omnipotent, omniscient, and perfectly good” (p. 176).

Bradshaw also argues that natural theology was robustly and consistently present in patristic thought. He notes that the biblical account is mixed and complex in so far as it includes statements that question the relevance of philosophy (see Col. 2 and 1 Cor. 2) and show an openeness to the employment of reason (Rom. 1 and Acts 17). However, there is more of a consensus in the patristic understanding of faith and reason. More exactly, faith and reason are construed as integral and interrelated habits of mind; the former is a precondition, “complement,” and “presupposition” of the latter (or “exhibits and enables rationality,” pp. 5, 6). Thus, the employment of natural theological arguments was “a firmly entrenched element of patristic thought, and such arguments continued to be repeated and elaborated throughout the Byzantine era” (p. 3).

Bradshaw’s chapter focuses on Gregory Palamas, one of the leading proponents of the primacy of experiential knowledge of God. Notwithstanding this emphasis, Palamas speaks positively of natural theological arguments for the existence of God. In particular, Bradshaw draws attention to some texts in which Palamas lays out arguments for the existence of God. However, they are not “advanced explicitly as natural theology, that is, as part of a systematic attempt to establish the existence of God” (p. 52). His employment of the design argument, for example, is “modest in intent. It seeks to show that God has not left those who reject the Gospel . . . bereft of any means to know him. It is less an act of apologetics than a vindication, from within the standpoint of faith, of divine goodness” (p. 60).

Richard Cross provides a helpful summary of some of the more important discussions of the existence of God in the West during the medieval and modern periods. Arguments in this context had multiple functions. One, for example, sought to provide arguments for the existence of God. Yet, none of the authors, Cross contends, thought such arguments had any serious “apologetical value,” even though they could be used in this way. Another function was to explore “a second-range of questions, issues that the arguments either generate or solve” (p. 65). Natural theology, in this way, is ramified insofar as doctrinal matters (e.g., arguments for the trinity, the incarnation, and grace) are included in this tradition. Cross also shows how Luther and Calvin “sharply circumscribe” the scope of natural theology (e.g., natural theology cannot give you de re knowledge of God). He concludes that the recent revival of natural theology no longer sees Kant’s denial of the possibility of a necessarily existing being as formidable or successful.

Paul Gavrilyuk draws attention to the role of natural theology in modern Russian Orthodoxy. He offers an invaluable historical and philosophical account of the pre-Bolshevik versions of natural theology (e.g., Golubinskii, Kudriavtsev-Platonov) and the religious philosophy of all unity that was associated with Solovyov and his followers (e.g., Bulgakov, Frank; perhaps in contemporary terms philosophical theology). He argues that Orthodox schools at the beginning of the twentieth century had a vibrant and “well-established” tradition of natural theology that fostered readers beyond the seminary walls. However, this tradition was “swallowed up by the sea of history and nearly perished in the ‘earthquake’ of the Bolshevik Revolution” (p. 122). Thus, this tradition “remains largely unknown not only among non-Orthodox philosophers of religion but also among scholars steeped in the Orthodox tradition” (p. 90).

The next two chapters highlight and respond to some of the modern Orthodox criticisms of natural theology. Dionysius Skliris largely focuses on the so-called “Theology of the Sixties,” unpacking the main criticisms (Yannaras and Zizioulas) as well as some positive attitudes toward natural theology. He concludes by offering some fruitful ways of creating dialogue between the Orthodox tradition and natural theology, especially in light of the recent work of Richard Swinburne. Travis Dumsday likewise concedes that natural theology has largely been a Western phenomenon and thus has had little impact on Orthodox thinkers. A major portion of the chapter takes up the so-called objections to natural theology in light of the claims about the primacy of church practices and the experiential path (e.g., the claim that it is better to defer to those who know God from experience instead of unaided reason). Dumsday does not find such objections against natural theology plausible. In fact, natural theology may serve as a useful “partner in the pursuit of the experiential path” and in securing a more robust epistemology of religious experience (e.g., determining the veridicality of religious experience; forming cumulative case arguments).

As Swinburne points out in the concluding chapter, people come to believe in God on the basis of an awareness of the presence of God or on the basis of testimony. Some may also come to believe on the basis of arguments for the existence of God. Even if one has an experiential encounter with God, for example, one may need arguments to back up this belief or respond to counter arguments. Most of the chapter focuses on the criteria for making and evaluating inductive arguments for the existence of God and advances a version of the design argument. Swinburne agrees that it would be anachronistic to assume that patristic thinkers were “explicitly seeking” to give “inductive” arguments, but he contends that some “patristic and later arguments do conform to an inductive pattern” (p. 178, e.g., Athanasius, Gregory of Nyssa, John of Damascus).

The volume is a wonderful foray into the possibility of natural theology in the Eastern Orthodox tradition and the relevance of such thought for contemporary work in natural theology.  It does not claim to be final or decisive in terms of its findings and arguments. As Bradshaw points out, inquiry into the role that reason “should play in the human quest for God is one that will not be finally settled as long as we ‘see through a glass darkly’” (p. 21). The volume also rejects the claim that preserving the integrity of the Orthodox tradition is incompatible with contemporary work in natural theology. The contributors do not deny the value of the insights of those who have immersed themselves in the tradition and have thus acquired experiential knowledge of God. Yet, they also think that the Orthodox tradition can be extended and defended in philosophical ways.

With this aim in mind, I want to offer two constructive suggestions. First, it might be helpful to clarify a bit more the distinction between natural theology and philosophical theology in the Orthodox tradition. Dumsday, for example, says that though Bulgakov is not necessarily opposed to apologetics, he joins the list of folks who advocate the experiential objection to natural theology. He is more “optimistic” about the role that philosophy may play when it is employed in light of divine revelation (p. 160). Perhaps, Bulkagov’s project can be construed more in terms of philosophical theology than natural theology; Garilyuk’s chapter seems to suggest as much. Second, I found the suggestion about employing the resources of natural theology to bolster the claim about the experiential path promising. Perhaps, the next step is to provide an Orthodox natural theology that seeks to advance the evidential force of religious experience and its role in a larger cummulative case for theism (see Caroline Franks Davis, The Evidential Force of Religious Experience).

All the same, the volume aptly frames and attends to the crucial issues and questions regarding the relationship between natural theology and the Eastern Orthodox tradition. The essays rightly take their place at the intersection of religion and philosophy and wonderfully combine rigor and constructive suggestion. We owe a great debt to the editors for putting together such a fine work of scholarship and bringing Orthodox thought into serious conversation with recent work in natural theology. 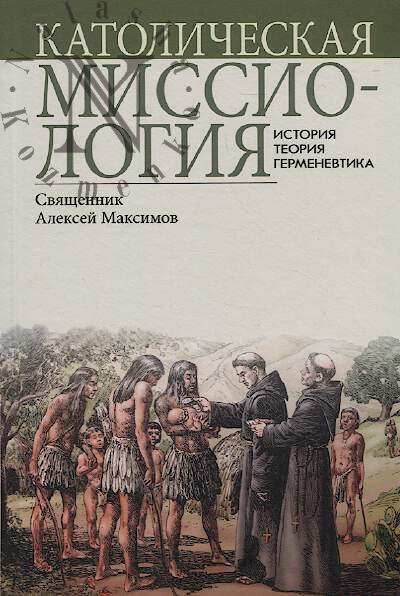 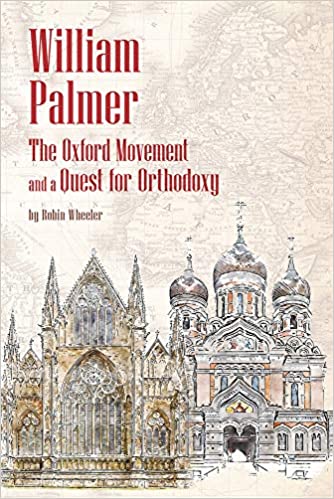 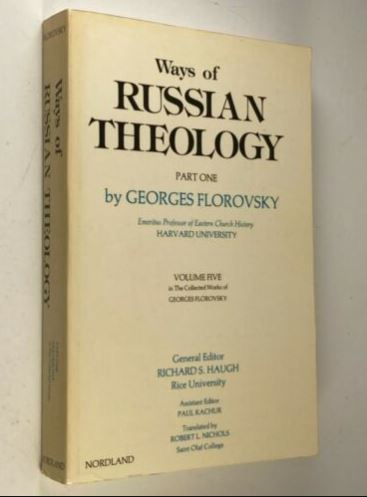 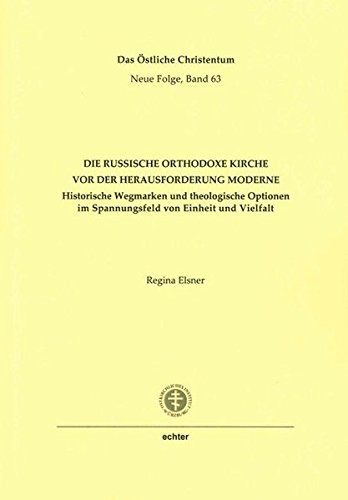 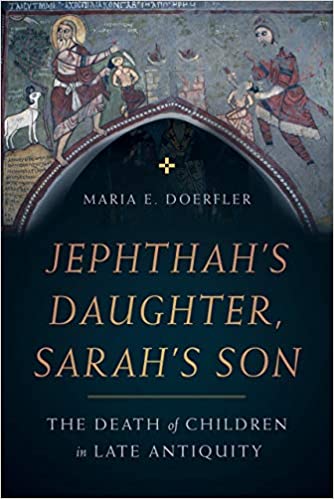