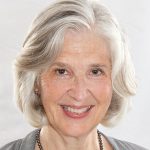 For Orthodox engaged in Biblical Studies, IOTA provides a new and exciting opportunity. Still relatively small in number, Orthodox scholars concentrating solely on the Scriptures continue to ponder how Biblical Studies, as a discrete discipline, can be naturalized within an Orthodox mindset that tends away from compartmentalization towards integration. Not all Orthodox who engage in biblical interpretation are biblical specialists; indeed, there are theologians who interpret the Bible as supportive of a larger project. When we add such theologians to formal biblical scholars, we see varying approaches, some of which were showcased in intriguing ways in our inaugural meeting.  There, we heard from Orthodox scholars who embrace the historical-critical methods, and also from those who have adopted more recent integrative approaches, whether literary, rhetorical, or sociological. Many Orthodox biblical scholars combine their own specialism with patristics, Christian spirituality, practical theology, or ethics. In doing this, they join others who refuse to be confined by the boundaries of disciplines, writing also for a more general readership. However, this integrative approach also means that sometimes considerations for the method(s) of biblical study play second fiddle to the use made of biblical studies for other matters. There is both a strength and a weakness to this integrating predisposition. The weakness has been noted by some among us, who dedicate themselves almost wholly to the historical-critical methods, concerned to forge a respectable place in the guild for Orthodox scholars alongside Catholic, Protestant, Jewish, and secular colleagues. As IOTA continues its meetings, we hope to build on the foundational discussions that we had in Iasi concerning approach, method, and interpretation. We anticipate helpful interactions between  Orthodox biblical scholars from different backgrounds, jurisdictions, and traditions, who will work from different perspectives, using different methods, but who will be united by their commitment to integrating their academic work with their faith, and learning from each other.  General themes for the next meeting of IOTA are yet to be determined: we welcome suggestions from those who attended last year, or who intend to attend at our second meeting!