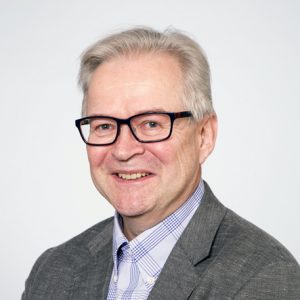 Dn. Risto Aikonen,  Ed.Lic., M.A (Ed.Sci), Ptyhiouhos Theologias (Greece), Co-Chair for Orthodox Education Group of IOTA. He is Senior Lecturer in Orthodox Religious Education Pedagogy at the School of Applied Educational Science and Teacher Education at the University of Eastern Finland. He is a founder and since 2006, vice president of the Orthodox Christian Religious Education Association (OCREA). He is also a board member of the European Forum for Teachers of Religious Education (2007-present). He has participated in the development of Orthodox religious education curricula  for the primary, secondary and high schools in Finland, authoring religious education textbooks and overseeing production of the materials. With a colleague, he has edited a book on adult education in the Finnish Orthodox Church. His research area is how teachers are pedagogically applying ICT to religious education. 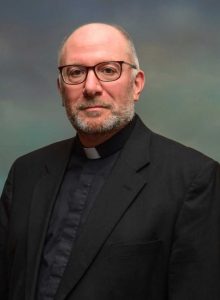 Rev. Anton C. Vrame, Ph.D., Co-Chair for the Orthodox Education Group of IOTA, is Director of Religious Education for the Greek Orthodox Archdiocese of America and Adjunct Associate Professor of Religious Education at Holy Cross Greek Orthodox School of Theology, Brookline, MA. He has published and lectured extensively about Orthodox Christian education, including the book, The Educating Icon: Teaching Wisdom and Holiness in the Orthodox Way. He was President of the Orthodox Theological Society in America (2007-2009) and Chair of the Faith and Order Commission of the National Council of Churches of Christ USA (2008-2013).

Orthodox Christian religious educators are called upon more than ever to address questions of religious literacy among Orthodox people, the successful transfer of the Orthodox Christian Faith and Way of Life to another generation, and the place of religion in public life in light of conditions of religious diversity and pluralism. Orthodox educators are inevitably multi-disciplinary, bringing together disciplines of theology, education, the social sciences, and technology into their work. Being a group in IOTA opens the possibility for developing greater contact between various disciplines and educators. Through IOTA, we can easily envision holding joint sessions and conversations with the groups examining the place of Orthodoxy in the Public Square and Media, Moral Theology and Theological Anthropology, Dogmatic Theology, and Biblical Studies, to name a few.

Orthodox education has two significant entry points for research. The first point of entry is where religion is taught in public schools, from kindergartens to high schools. Research is insufficient, but needed, on the place of Orthodox Christianity in higher education, whether private or public universities. The second point of entry is where religion is taught through parish programs and ministries, through “Sunday schools,” other catechetical efforts for young and old, and parish ministry and life more generally. In both contexts, Orthodox educators study the development of curriculum standards and the scope and sequences for presenting religious matters at age- and grade-appropriate levels, the resources (textbooks, online, etc.) for transmitting the content of faith to young people, and the methodologies used in curriculum and instruction. Orthodox educators conduct studies that rely on quantitative and qualitative research methods, especially those found in the social sciences, e.g., anthropology, sociology, and statistical analysis, etc. They also conduct theoretical/theological research, relying on the “classic” disciplines of theology, e.g., scripture, historical theology, systematics, etc.

“Pan-Orthodox” academic discussions in religious education have been occurring for at least a decade. In July 2006, a group of Orthodox Christian religious educators met at the Valaamo Monastery/(New) Valaam under the auspices of Syndesmos. At that meeting, the Orthodox Christian Religious Education Association (OCREA) was founded. The Association has the following aims. It promotes wider networking among the institutions and colleagues and as a consequence, to start joint research projects concerning the pedagogy and didactics of Orthodox religious education. OCREA has met three more times. In June 2011, a seminar at the Phanar in Constantinople on the topic, “Orthodox Christian Religious Education in a Multicultural World.” The papers from that seminar were published in the Greek Orthodox Theological Review (vol. 57:1-2, 2012). The second conference was held in June 2014 in Sofia, Bulgaria at the St. Clement of Ohrid University of Sofia (Faculty of Theology). The title of the conference was “Methods of Teaching in Religious Education—Learning by Heart or by Experience?” Papers from that conference were published in book form by the St. Clement of Ohrid faculty. The third conference was held in November 2017 at the Resurrection of Christ Theological Academy, Shen Vlash, in Durres, Albania. The theme was “The Mission of Orthodox Religious Education in Schools and Congregations—Visions and Challenges.” OCREA has representative members from Albania, Bulgaria, Cyprus, Finland, Greece, Romania, Russia, and the United States.

At the meeting in Tirana, the members of OCREA decided to participate in IOTA’s Inaugural Conference in January 2019 and to hold a session on our own either before or after the meeting as timing and logistics allow. Depending on how IOTA develops and how often it plans to meet, we envision maintaining this practice going forward. OCREA could function as a study group under the umbrella of IOTA, calling for papers on topics of religious education and holding joint sessions with other groups on topics of interest.