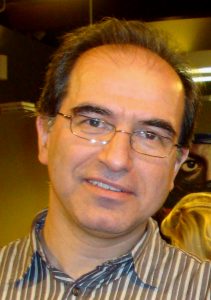 Dr. Pantelis Kalaitzidis, Volos Academy for Theological Studies (Volos, Greece) Dr. Pantelis Kalaitzidis studied Theology in Thessaloniki, and Philosophy in Paris, Sorbonne. He has published many books and over 90 papers in sixteen languages in the areas of the eschatological dimension of Christianity, the dialogue between Orthodoxy and modernity, theology and literature, religious nationalism, issues of renewal and reformation in Eastern Orthodoxy, political theology, ecumenical and inter-religious dialogue, and post-modern hermeneutics of Patristics. He is serving as the editor of the series “Doxa & Praxis: Exploring Orthodox Theology” (WCC Publications). He has been a Research Fellow at Holy Cross Greek Orthodox School of Theology, Princeton Theological Seminary, Princeton University, DePaul University, and KU Leuven. For the last eighteen years he has been the Director of the Volos Academy, a research center dealing with contemporary issues for Orthodoxy. He taught Systematic Theology at the Hellenic Open University, and at St Sergius Institute of Orthodox Theology in Paris (as Visiting Professor). Dr. Kalaitzidis is a member of the Executive Committee of the European Academy of Religion (EuARe, Bologna). 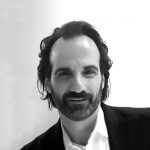 Dr. Aristotle Papanikolaou, Fordham University (New York City, New York, USA) Aristotle Papanikolaou is a professor of theology and the Archbishop Demetrios Chair in Orthodox Theology and Culture at Fordham University. He is also the co-founding director of Fordham’s Orthodox Christian Studies Center. He is the author of The Mystical as Political:  Democracy and Non-Radical Orthodoxy, as well as the co-editor of Political Theologies in Orthodox Christianity and Christianity, Democracy and the Shadow of Constantine (winner of the 2017 Alpha Sigma Nu Award for Best Book in Theology), among other monographs, articles, co-edited volumes, blogs and podcasts.

IOTA’s Political Theology Group (PTG) will facilitate discussion on Orthodox political theology. The PTG defines “political theology” as theology of the political that is consistent with the Orthodox dogmatic tradition on the person of Christ and all that is implied in this dogmatic tradition about God as Trinity, the human being as created for divine-human communion, and the Church as an eschatological and Eucharistic community. Orthodox Christianity has a rich tradition of theological thinking on God, Christ, the human being and the Church, but these theological considerations are not conceptually linked to thinking about the politeia. When it comes to the politeia, the Orthodox often appeal to historical examples by default, in particular, the model of symphonia, instead of reflecting on the activation (praxis) in pluralistic societies of the political dimensions of the Gospel and the patristic writings, and the liberating social aspects of the Christian faith, especially the political implications of the doctrine of the Trinity (e.g. “Social Trinity”), and of Eucharist (e.g. “liturgy after the liturgy” or “liturgy before the liturgy”). The PTG aspires to be one of the venues that contributes to a tradition of theological thinking on the politeia that is embedded in the rich theological landscape of the Orthodox tradition.

The PTG aims to enable a conversation on political theology in view of the questions and challenges the Orthodox Churches have had to confront since the Enlightenment. Notwithstanding the Russian theological tradition of the late nineteenth and early twentieth centuries, the Ottoman occupation and communist regimes did not offer opportunities for the Orthodox intellectual tradition to respond to challenges of modernity (and post-modernity) in a systematic manner. It is also to be noticed that despite the fact that some of the great Russian émigré thinkers such as Berdyaev and Bulgakov set the premises of an Orthodox political theology, a political theology avant la lettre, Russian émigré theologians as a whole, but also Orthodox theologians of other traditions, did not write extensively, or at all, on themes related to political theology, especially those that address socio-political and cultural left. The post-communist situation makes the development of a tradition of theological thinking on the politeia even more urgent. One of the main features of Eastern Orthodox theology and the liturgical experience is its vision of the catholic/holistic transformation and salvation of the whole creation, of the cosmos and humankind, and, therefore, of the transformation of history, which has been assumed in the deified flesh of the Son and Word of God. Just as Christ assumed the whole human person and the entirety of human nature, so should the Church seek to assume—and then to transform—the whole human (body and soul, spirit and matter), as well as every aspect of his or her life (including the political, social, and economic aspects of this life, not just the spiritual or religious), without however claiming any worldly power. But this is not always the case when we come to the Orthodox Church, which, primarily for historical reasons, could not provide an adequate public witness of its Eucharistic and eschatological self-consciousness, of its experience of the active expectation of the reign of God, and of the implications this expectation has for the “political” realm, for example, the Gospel commandments for social justice and solidarity with the poor, the marginalized, and the victims of history. One of the most urgent challenges to the Orthodox Churches since the Enlightenment, but which the Orthodox Churches are only now having to confront head on, is the emergence of democratic liberalism. There is not a single Orthodox Church that has officially disavowed democratic political structures, but the Orthodox Churches, particularly in the post-communist world, are attempting to balance their support for democracy with a conscious attempt to maintain or to take back Orthodoxy’s privileged place within Orthodox countries. Especially relevant is the new geo-political East-West divide that is being forged around the issue of “traditional values.” Given the Orthodox Churches’ support for democracy, Orthodoxy is facing questions regarding the role of the Church and the individual Christian in relation to the political, cultural, ethnic, nationalistic, and economic dimensions of public life. In addition to the traditional themes of secularism and church-state relations, the PTG will organize calls for papers and panels around such themes as nationalism, anti-Westernism, human rights, traditional values, gay “marriage” and other LGBTQ-related issues, discrimination, religious freedom, racism, the globally widening income gap, poverty, neoliberalism, the reemergence of socialist discourse in the United States, religion and the alt-right, immigration, and religious pluralism. In addition to addressing the relation of the institutional Church to the state and culture of a particular nation-state, the PTG also hopes to inspire reflection on how the Orthodox Christian should relate to others who are ethnically and religious diverse, and the form of the legal and political structures shaped by such Christian living.