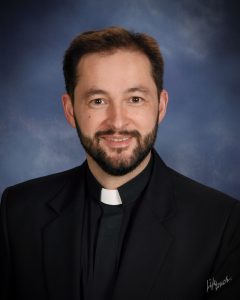 Fr. Radu Bordeianu, Ph.D. is an Associate Professor at Duquesne University and assistant priest at Holy Trinity Greek Orthodox Church, both in Pittsburgh, PA, USA. His research focuses on ecumenical ecclesiologies. He is the author of Dumitru Staniloae: An Ecumenical Ecclesiology (Continuum, 2011, 2013) and the editor of It Is the Spirit Who Gives Life: New Directions in Pneumatology (CUA Press, 2022). He served as President of the Orthodox Theological Society of America and is a member of the North American Orthodox-Catholic Theological Consultation. He is a co-convener of the Christian-Jewish Dialogue in Pittsburgh and is involved in local ecumenical dialogues.

The Romanian Orthodoxy Group of the International Orthodox Theological Association (IOTA) seeks to promote research regarding the history of Romanian Orthodoxy, its current life in and outside of Romania, the pan-Orthodox and ecumenical relevance of the Romanian Orthodox Church and its diaspora, and the works of major Romanian Orthodox theologians. Our group has a highly interdisciplinary character, interweaving studies in biblical, historical, moral, systematic, liturgical, and pastoral theologies, as well as their interaction with other subjects of inquiry.

The profile of Romanian Orthodox theology is closely related to its linguistic and cultural identity, which has not only marked its historical destiny, but also largely determined its issues. Thus, as an Orthodox tradition expressed through a Romance language, Romanian Orthodoxy has shaped its self-consciousness by reflecting on an internal religious specificity (popular religiosity, “cosmic” Christianity, about which the premier historian of religions, Mircea Eliade, wrote extensively), as well as through a mediating role in relation to Greek and Slavic Orthodoxies.

Through the theology of Dumitru Stăniloae, Romanian Orthodoxy contributed greatly to what was called the “neo-Patristic revival,” generating a consistently growing interest in the rediscovery of the patristic tradition and how it informs current Orthodox theology, but also influencing systematic theology, Christian spirituality, and theology and culture.

The pan-Orthodox consciousness of Romanian Orthodoxy manifested itself early on as Romanian theologians attended all the major Pan-Orthodox and ecumenical events in the beginning of the twentieth century. Participation in the ecumenical, bilateral, and multilateral dialogue has become a tradition that Romanian theologians have continued even in times of harsh ideological constraints, and that tradition continues to this day.

If religious and philosophical spiritualities remain a perennial dimension of Romanian Orthodoxy and a permanent source of inspiration, recent research directions of Romanian theology include social theology, meant to provide a renewed reflection on the presence of Orthodoxy in contemporary society, as well as biblical and historical studies informed by novel research methodologies. Byzantine studies, research on the historical relations between Orthodoxy and other faith traditions, the history of Christianity in the Romanian territories, and the history of the Romanian Orthodox Church, especially in the modern period, mark significant progress in Romanian theological research.

Romanian Orthodoxy has likewise fostered an interest in modern scientific culture and its impact on the ecclesial ethos. Until very recently, Romanian Orthodoxy has displayed a positive, though critical, attitude toward science, which led, first of all, to the adoption of the new calendar. The exploratory studies in the area of science and theology, together with a series of relevant research programs that have been initiated over the past several decades, represent a yet untapped resource for the development of this field of study and for the articulation of a contemporary Orthodox apologetic free of blind conservatism.

Romanian Orthodoxy is at least as unique in its popular expressions as it is in its academic research. Popular religion, folk customs, religious poetry (including Christmas carols), Romanian pseudepigrapha, Romanian iconography, architecture, etc. are topics that were engaged splendidly during the interwar period. We encourage contemporary theologians to turn more intently towards these lines of research. The East in general and Romanian Orthodoxy in particular have the opportunity not just to catch up to the abundance of Western studies in inculturation, sociology, and popular religion/folklore, but to lead the way.

These foregoing remarks build up to a crucial insight: even if rooted in history, the cultural dimension of faith remains a fundamental topic of interest in the present. The key issue is the relationship between Orthodoxy and modernity: we consider it the duty of contemporary theology to bring to the fore the inspiring and creative potential of Orthodoxy, from an interdisciplinary perspective, so as to have the maximum impact on our pluralistic contemporary society.