Michael Plekon, The World as Sacrament: An Ecumenical Path toward a Worldly Spirituality. Reviewed by Adam DeVille 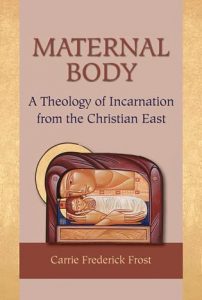 A new book by Michael Plekon is always a welcome event. I have often continued to think about, return to, and recommend to my students several of his earlier books, and this newest one is no different, parts of which I discussed this past semester in my class on sacraments. It is, like all his works, marked by a refreshing and gracious breadth and openness to a variety of sources. It is also, as the title will indicate, an entirely unapologetic refusal to allow such concepts as “ecumenical” and “worldly spirituality” to be distorted and denounced by self-styled (and often self-congratulating) “traditionalists.”

Ecumenism is in some ways in Plekon’s blood, as it were, given his Catholic upbringing in both the Latin Church (including time in the Carmelites) and the Ukrainian Catholic Church. He was then a Lutheran pastor in early adulthood, and has now been an Orthodox priest for many years. His grandparents, who all immigrated to the US from Galicia, were powerful models for him of finding God in both the Catholic and Orthodox churches. Some of his history he recounts in moving and fascinating detail in both his prologue and epilogue to this book, as a kind of supplement to what others (six prominent Orthodox figures and six non-Orthodox Western Christians) say throughout the rest of the book.

Plekon also taught for more than forty years at, and recently retired as emeritus professor of, the City University of New York, the largest public university in the country, which gave him a unique vantage point for encountering the religious diversity of America. Some Christians regard that diversity as a threat and the only response is to retreat into enclaves of ecclesial identity whose borders are strictly policed. But Plekon, who studied under the celebrated sociologist Peter Berger, learned from Berger and others that there is a place Between Relativism and Fundamentalism, the title of Berger’s 2009 book in which Plekon wrote the last chapter, drawing on the Paris School of Orthodox figures. Four figures of the Paris School feature very prominently in this new book.

Paris mid-century was many things, including, for Christians, a kind of intellectual crossroads where the work of ressourcement and renewal was undertaken by Catholics and Orthodox alike. Abandoning some of the sad, cramped defensiveness we still find in our world and our churches, they discovered how much the shared riches of our common tradition still had to teach us and could draw us closer to Christ and so to one another. Prominent Parisian and French figures who do this for Plekon are Elisabeth Behr-Sigel (ch. 1), Mother Maria Skobtsova (ch. 2), Lev Gillet (ch. 5), and Paul Evdokimov (ch. 6). The other two Orthodox figures are Alexander Men (ch. 3) and Nicholas Afanasiev (ch. 4). Plekon has previously written at length about, and in some cases edited and translated works by, virtually all these figures.

As he notes in the introduction to The World as Sacrament, what is common to the figures explored here is their experience of “looking for God in everyday experience” (ix). Most of those surveyed find that experience in “the world,” which is not opposed to or an enemy of the “sacred” and the ecclesial, but is precisely the context for, and also in many ways the medium of, divine disclosure on a daily basis. God, Plekon suggests, is not limited to acting only in churches on Sundays, or only in sacraments. Thus Plekon regards “the world as sacrament” (x), drawing on an essay of that title published by Alexander Schmemann in 1979.

As noted, Western Christians make up the second half of the book, and here Plekon includes the well-known Catholic monastic Thomas Merton, the Protestant writer Marilynne Robinson, the Catholic Franciscan Richard Rohr, the Episcopalian Barbara Brown Taylor, the Catholic nun Joan Chittister, and the Protestant writer Kathleen Norris. As he indicates at the end of his prologue, Plekon chose to feature this cast of characters in part as a way around the “ecumenical winter” that has set in over the last quarter-century. By looking at individual lives of Christians in diverse traditions he finds commonalities, one of the most important being their shared refusal to allow Christianity to retreat behind, and likely die within, ecclesial walls.

In other words, Plekon and these others alike have a clear sense that “the church has left the building” (13). Christians must get out from behind monastic, academic, and chancery walls to serve wherever people in need are to be found, offering them the mercy of God which Pope Francis (whom Plekon cites regularly and approvingly throughout the book) has made such a hallmark of his pontificate. To offer mercy in the everyday world is an often unrecognized miracle. Plekon quotes not just Christian sources in this book, but, drawing on a felicitous passage from Abraham Maslow, reminds us, in the Jewish psychologist’s words, that “the sacred is in the ordinary, that it is to be found in one’s daily life, in one’s neighbors, friends, and family, in one’s back yard….To be looking everywhere for miracles is a sure sign of ignorance that everything is miraculous” (xiii).

The walls of churches and monasteries are not, however, as Plekon takes pains to show, “bad.” They are also places of Theophany and miracle, but his overall point is that divine disclosure does not end when liturgy does, and the walls of the temple must therefore be understood as “permeable,” as much for our sake as for the life of the world. He winsomely recounts many stories of encountering God at the “liturgy after the liturgy,” that is in parish coffee hours, Paschal feasts, ethnic food festivals, and even in pierogi-making sessions on Saturday mornings. And then he displays in ample detail how—as Barbara Brown Taylor has put it—the task of the Christian is constantly to look for “an altar in the world” (183).

In the end, Plekon draws to a close by reminding us how “very little of the New Testament takes place in traditionally sacred space” (251). Here is where—as with many of his earlier books—I wanted more. In particular, there are two things this book lacks. First, there is the small irritant of no index. Second and more substantially, there is the larger question of what to do when the world sometimes wants to kill you. How do Christians respond to the parts of the world that disclose not the divine, that do not mediate sacramental grace and life, but something closer to the demonic? With the exception of the chapters on Skobtsova and Men, both killed for their witness to Christ, this question does not receive the deeper reflection here that it perhaps merited. Still, one cannot fault an author for not writing a book he never intended to, and the book we do have from Michael Plekon is yet one more gift from a long and fruitful life of public scholarship and pastoral care.